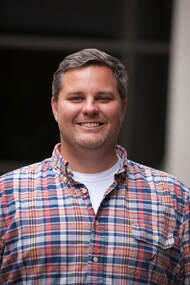 Jim Blankenship
​Jim Blankenship has served as the Director of Bands at Sycamore High School since 2014 and served as the Interim District Music Supervisor for the 2017 school year. Jim brings a rich diversity of teaching experiences to the Sycamore Music Program. As a testament to his experience, Jim is a four time Sycamore High School Bridge Builder Award recipient, an award that honors staff members who have made a significant impact in a student’s life.
​Before coming to Sycamore, Jim served as the Director of Bands at Northmont High School. During that time, Northmont received consistent Superior Ratings at OMEA Large Group Contest in class AA and were multiple BOA Grand National Semi-Finalists.
Jim's teaching experience extends well outside the public school setting. He served as Rhythm X's Wind Coordinator, leading them to their first WGI World Championship Gold Medal in Independent World Class in the same year.  Additionally, he was a member of the Glassmen Drum and Bugle Corps Brass Education Team from 2007-2010, who were DCI World Champion Finalists each of those years.
Jim has had the honor of serving as a clinician for All State Jazz Band, presenting numerous times at OMEA Professional Conference as a clinician and director, and the 2020 All State Band Chair.  He holds both under-graduate and graduate degrees in Music Education from Miami University. Currently, he lives with his wife, Alison, and two his two young sons in Cincinnati, Ohio. 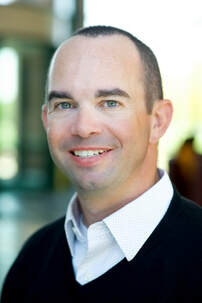 Micah Ewing
Micah Ewing has taught music for over twenty years in the public schools of Cincinnati, Mason, and Sycamore. He taught a wide range of instrumental music classes, including AP Music Theory, Guitar, Marching Band, and Orchestra. During his time as a band director in Mason, the band program grew from under 200 students to over 400 members, while achieving local and national recognition for musical excellence.
Dr. Ewing is in his third year at Sycamore after teaching for 16 years in the Mason City School District. Prior to teaching in Mason, Dr. Ewing taught for four years at the School for Creative and Performing Arts in Cincinnati, where he taught orchestration, conducting, and band in Grades 4-12. He also conducted the Wind Ensemble and Symphony Orchestra and served as music department chair.
Ensembles under Dr. Ewing’s direction have performed at Carnegie Hall, Chicago Symphony Center, Cincinnati College-Conservatory of Music, Miami University, and Youngstown State University. Throughout his career, Ewing has facilitated powerful learning experiences for students through collaboration with composers and commissioned works, including Rob Deemer, Lukas Foss, Jennifer Jolley, John Mackey, David Maslanka, Clint Needham, and Roger Zare.
Micah Ewing earned Bachelor of Music degrees in music education and horn performance from Miami University, the Master of Music degree in conducting from Northwestern University, and the Doctor of Musical Arts degree in music education from Boston University. In addition to teaching, Dr. Ewing devotes time to research and writing. His article, High Impact Experiences Through Commissioned Works and Composer Residencies, can be found in Music Educators Journal. His current research projects focus on the intersections of personalized learning, the Orpheus process, and democracy and social justice in music education.
Dr. Ewing lives in Mason, Ohio with his wife, Cathy, who is a horn player. They have three children, Jonah, Aaron, and Clara. Jonah is a third year music education major in percussion at the University of North Texas. Aaron is a senior who plays trombone and is an aspiring sound engineer. Clara loves gymnastics, singing, and art as a fourth-grade student. Reading, hiking, cycling, gardening, and cooking keep Dr. Ewing balanced. 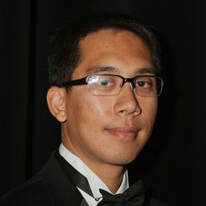 Tim Graulty
​Tim Graulty grew up in Cincinnati and began school in Sycamore as a Kindergartner at Symmes Elementary. Following graduation from Sycamore High School, he pursued a degree in engineering at the University of Cincinnati but came to realize music education was his calling. Tim went on to earn a Bachelor of Music from Xavier University and following his student teaching (at Sycamore) became a member of the Sycamore Music Department in 2012.
During his summers while at Xavier, Tim worked with a variety of marching bands in the Cincinnati area including Sycamore. As a student at Xavier, he was very active with the Xavier Pep Band and following graduation he continued to work closely with the Xavier Pep Band to create opportunities for local high school students to come play with the Xavier Pep Band and experience playing for a Division 1 basketball program. 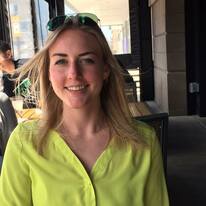 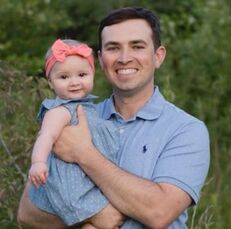 Ryan Lamb
​Ryan Lamb came to the Sycamore Community Schools in 2013 after teaching middle school band in the Middletown City School District. Ryan graduated from Miami University with a Bachelor’s Degree in Music Education and Music Performance, and obtained his Master's in Music Education from VanderCook College of Music.
Ryan has an extensive background in marching percussion, working on the instructional staff with award winning groups including WGI Independent World Class Champion Rhythm X from 2007-2015, the Bluecoats Drum and Bugle Corps from 2009-2017, and BOA Grand Nationals finalists Centerville High School and Mason High School.
As Director of Bands at Sycamore Junior High School, Ryan has guided the bands and its students to numerous honors including the selection of the Eighth Grade Band to perform at the 2016 OMEA Professional Development Conference.
Ryan is a resident of Deerfield Township, Ohio and his wife Melissa is an elementary school teacher with the Lebanon City Schools who marched both DCI and WGI world class color guard, including the Phantom Regiment Zydeco Colorguard.  They have a fun loving daughter, Caroline. 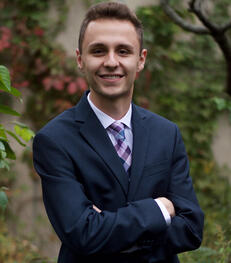 Tanner Otto
Tanner Otto holds a bachelors degree in Music Education from The Ohio State University and currently teaches orchestra at Sycamore Community Schools (Cincinnati). A violist and violinist, he started improvising and playing eclectic styles early in his music career. As a strong advocate of technology and improvisation, Tanner has developed lesson plans that use GarageBand and other audio software to help students practice, compose songs, and build their improvising skills. He has presented these ideas at conferences across Ohio, including at the Ohio Music Education Association Conference and the Ohio State String Teacher Workshop.
Tanner is the Assistant Director of the nation's largest summer string camp that takes place annually in Moorhead, MN. The camp routinely hosts over 300 string students in August. In 2019 he was able to share his expertise at the ASTA National Conference and the Midwest Clinic, presenting a session on starting and developing summer camps.
Tanner began arranging pop tunes for string orchestra seven years ago. Since then, he has continued arranging and composing for various ensembles from string quartet to full orchestra. His pop and rock music influences make his compositions modern and unique. Tanner is excited to be published with Alfred Music Publishing starting in 2019. 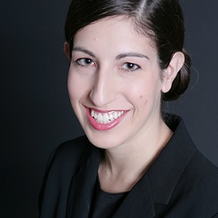 Angela Santangelo
​Dr. Angela Santangelo is an active Conductor and Music Educator throughout the Cincinnati area. She comes to Sycamore from the Princeton City Schools where she served as Orchestra Director working with orchestras, grades 6-12, in addition to teaching International Baccalaureate Music.
Dr. Santangelo served as Music Director and Conductor for the Northern Kentucky University, NKU Youth Symphony Orchestra from 2010-2016. In this position, Santangelo worked with high school musicians in the tri-state area performing classical concerts at NKU, as well as popular community concerts.
Active in the Ohio Music Education Association, Dr. Santangelo presently sits on the Orchestra State Contest List Committee. Present and past positions include: Solo & Ensemble Adjudicator, Chair and Host for the Junior High Honors Orchestra, District 14 and Floor Judge for the Columbus Ohio String Invitational.
Prior conducting positions include Staff Conductor at the Great Wall International Music Academy in Beijing, China and Conductor for the Starling Showcase Orchestra in Cincinnati, Ohio. In 2008, Santangelo was honored to be the first Guest Conductor in the Huntington Symphony Orchestra’s history, Huntington, West Virginia.  Prior to this position, Dr. Santangelo was the Conductor’s Assistant to Paavo Järvi and Erich Kunzel with the Cincinnati Symphony Orchestra. Additionally, Santangelo has served as the Assistant Conductor for the Cincinnati Youth Symphony Orchestra and as the Conductor’s Assistant for the Cincinnati Opera.
As Founder and former Music Director of the University of Cincinnati University Orchestra, Dr. Santangelo provided an opportunity for students, faculty, and members of the community to perform classical music while providing concerts free to the public. An enthusiast for music education in all settings, Dr. Santangelo teaches a studio of violin, viola, and piano students.
A native of Youngstown, Ohio, Dr. Santangelo studied piano, viola, and clarinet before earning a Bachelor’s degree in Music Education from the University of Cincinnati, College-Conservatory of Music. Ms. Santangelo also completed a Master of Music degree and Doctor of Musical Arts degree in orchestral conducting, from CCM, where she studied with Mark Gibson and Xian Zhang, former Associate Conductor of the New York Philharmonic Orchestra.

Zach Starkie
​Zach Starkie started working in the Sycamore Community Schools in the fall of 2014. He is the associate band director for Sycamore Winds and Symphonic Band and the co-director of SEE1. He was born in Hamilton, Ohio and attended Ross High School. Zach received his Bachelor's degree in Music Education from Bowling Green State University and his Master's degree in Music Theory from the University of North Carolina at Greensboro. He is the head of the guitar program for Sycamore Community Schools. Before he worked at Sycamore, he was an elementary general music teacher at Fairfield City Schools.
In his spare time Zach loves to spending time with his wife Rebecca, cooking, building guitar pedals, and writing for and performing with his band. He lives in Cincinnati with Rebecca, the cats Puck and Fiona, and the dog Sam. 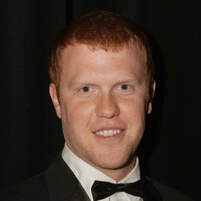 Jordan VonWahlde
​Jordan VonWahlde joined the Sycamore Community Schools Music Department in 2014. Jordan, a native of West Chester, Ohio graduated from Ohio University with a Bachelor’s Degree in Music Education and applied Tuba Performance. Jordan is currently pursuing a Master of Music from Miami University. Before coming to Sycamore, Jordan taught 6th, 7th and 8th grade orchestra, 6th grade general music and was a member of the marching band staff with the Fairfield City Schools.
Jordan maintains a very successful private low brass studio with his students consistently earning positions in OMEA district honor bands and OMEA All State Band. Jordan has also worked with a number of Ohio marching bands including Lakota East, Lakota West, Fairfield, Aurora and Edgewood.
​Jordan is a resident of Fairfield, Ohio and lives with his wife Abbie and their lovable dog Mini.